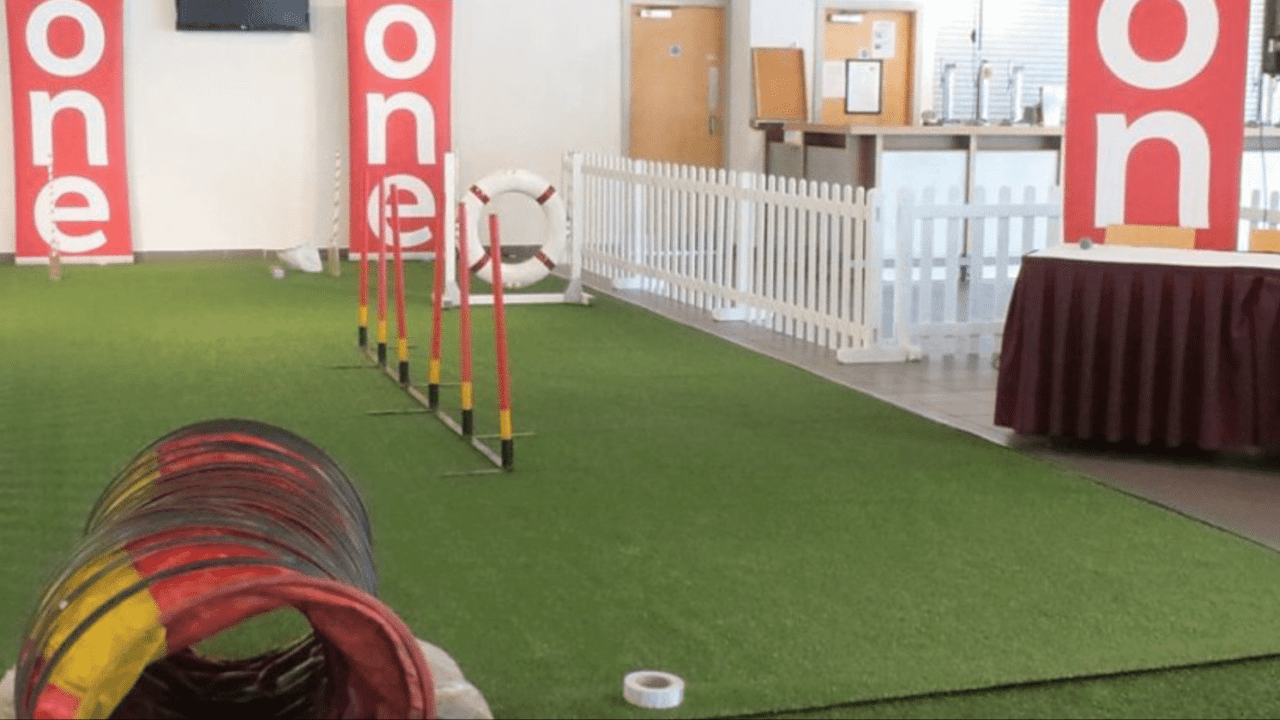 We were delighted when Comic Relief approached us for help supplying some fake grass for Miranda Hart’s Dog Show that was shown last Thursday (14th March) on BBCOne. The Dog Show was part of Miranda’s Mad March in which she had one week to complete five frantic challenges, in five cities across England, all for Comic Relief.

Miranda’s fourth challenge involved her going along to a dog show in Oxford in a bid to find a dog that looked exactly like her. Miranda picked a pooch called Lola as her top dog to enter into the dog show which was shown live on the One Show.

With dogged determination Miranda and Lola competed in a number of categories in the dog show including funniest dog and a doggie version of musical chairs – which all took place on the Trulawn Value artificial grass surface we provided. Sadly they came away with their tail between their legs as they ended the day without any rosettes.

Miranda’s other challenges on her Mad March included attempting to break the Guinness World Record for waxing the most armpits in under three minutes and performing the Spice Girls hit, ‘Spice up your Life’.

Sarah Church from Comic Relief said, “Thank you so much for Trulawn’s help with Miranda’s Mad march, the turf looked great and helped make the dog show look really good for The One Show. You were so kind to help us out, and it is companies like yours who help us make events like this so successful. We are pleased to announce that we managed to raise £1.1million over the course of the week, which is fantastic.”

We’ve already started planning how we’re going to get fundraising for the next Comic Relief… and it involves dressing up as garden gnomes, we just haven’t told the installers yet!